Create an Account - Increase your productivity, customize your experience, and engage in information you care about.

Trustee Gage currently serves on the Finance Committee and is the Town’s representative to the Juvenile Diversion program.  Elected to a four-year term in April 2018, she was elected Mayor Pro-Tem in May 2020 and appointed to serve on the planning commission.

Mrs. Gage and her husband, Mike, moved from California twelve years ago to make Orchard City their home, but, Jan’s love affair with Orchard City began nearly 35 years ago when she and her family came here to visit good friends.  Prior to retirement, Jan worked 36 years in the paper and packaging industry where, starting as an inventory clerk, she worked her way up to a senior executive position.  Over the many years while Jan took on increased responsibilities, she learned to take those responsibilities very seriously.  She was ultimately responsible for the health, safety, general and financial well-being of her coworkers, employees as well as shareholders.  Because Jan believes in giving back to the community, she’s been dedicated to doing just that.  She has served as an Orchard City Trustee as well as serving as Mayor Pro-Tem under former mayor, Don Suppes.  Jan has served on the water committee and was blessed to work closely with former trustee and mayor pro-tem, Jimmie Boyd who provided a wealth of knowledge and resources for her to learn more about water.  While serving on the Town’s water committee, Jan worked hard to protect the Town’s water resources for its citizens.  She attended hundreds of hours of educational training to help her understand the law, culture and practicality of our water systems.  Jan also served on the finance committee, planning committee, park committee and personnel committee.  In addition, she served as a member of HopeWest Hospice Delta Advisory Board and as Orchard City Women’s Club President.  Trustee Gage enjoys reading, cards, dominoes, cooking, canning, baking, and is beginning to do some ancestry.  Jan believes in Orchard City and is dedicated to helping ensure the well-being of all Orchard City citizens and families.  Trustee Gage asks "What would you like to know? I’m an open book!"  We encourage everyone to use this as an invitation to get acquainted with her! 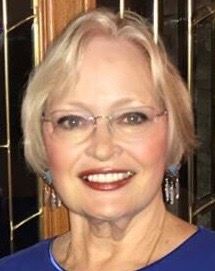